Dan Connors is the host of Z 88.3 Evenings, Monday through Friday 6 to 10 pm. This is Dan’s first time working in Contemporary Christian radio, but he has been a big fan of the Z for many years and is excited that God called him to this ministry.

A lifelong Florida resident, Dan grew up in Jacksonville but has spent most of his adult life here in Central Florida. He worked at Jacksonville stations WCRJ and WAPE, before moving to Orlando to join the team at MIX 105.1. Over the years, he has worked in both on-air and behind the scenes roles, most recently as Program Director and afternoon personality for Fly MCO Radio at Orlando International Airport.

Dan is married to his college sweetheart, Janice. They raised their two children, Daniel and Victoria, in Oviedo, where they still reside with their three cats, Jack, Clover, and Ollie.

Dan and Janice are very active in their church, where they lend their support to various ministries and outreach programs. Dan is responsible for the Audio/Visual ministry, while Janice plays guitar and serves as chair of the finance committee. In addition, Dan has served for 6 years on the planning committee for a major annual fundraiser benefiting Second Harvest Food Bank and Central Florida Coalition for the Homeless.

Dan loves the Central Florida lifestyle, and in his spare time, you may spot him at one of our local theme parks or at his second favorite attraction, the beach. 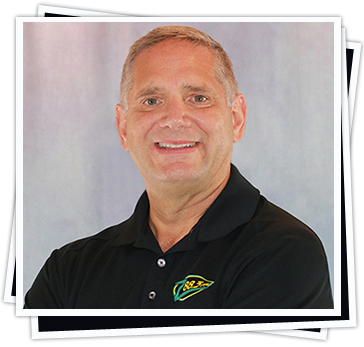