From the time he was a little kid, Ellis knew he wanted to work in the broadcasting field. Ellis was born and raised in Philadelphia. His Mom was a nurse, and Dad was an ordained minister, so Ellis was known by his friends as a “P.K.” or Preacher’s Kid. At 10 years old Ellis built a radio station in his bedroom and broadcast to the kids on his street.

Ellis started his radio career in 1979 at WLIR-FM Hempstead NY, doing part-time at the rock station, while attending Hofstra University. Ellis then went on to host radio shows at Top 40 stations in Atlantic City, Roanoke, Tampa, and Norfolk, before making the switch to Country music at Young Country B94.5 in Orlando, in 1992. After working in Seattle & Salt Lake City, Ellis returned to Orlando and K92FM, hosting Afternoons, then Mornings until September 2007. Ellis and Tyler hosted the morning show together at K92FM for a while. After taking a few months to recharge and refocus, Ellis joined “Positive Hits Z88.3” in February 2008, to handle wakeup duties with Tyler McKenzie and Tracy Leek.

Ellis, and his wife Hope, reside in Casselberry. 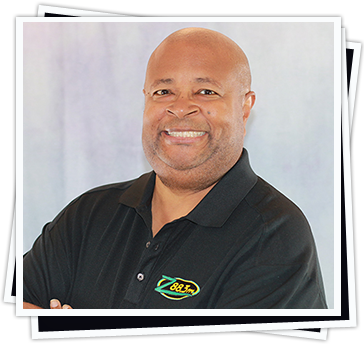