While Grace may have worked in mainstream radio, she has always been a fan of Z88.3, and like others, found it comforting and hopeful. She is excited to finally be a part of this ministry.

Grace is married to a real rocket scientist, Ivan, who currently works in the space industry. They have furry kids, both girls, a German Shepherd named iO, and their baby rescue, a mixed Border Collie, Natti. 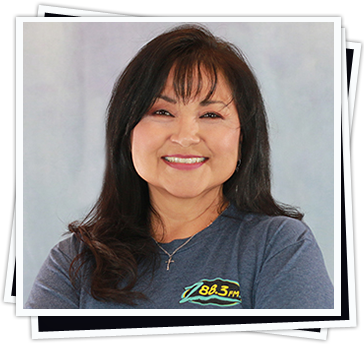