Tyler was born in Taipei, Taiwan where her dad worked for the US Navy. At the age of two, her family was relocated to the Central Florida area. She is proud of her mother’s culture, but she will tell you in a heartbeat that she is 100% Floridian!

While aspiring to be a television sportscaster, Tyler never thought she would end up in radio, even though cassette tapes from when she was 10 prove otherwise. After her television internships in 1998, she decided to go to a radio broadcasting school in Daytona “just for fun.”  It was there that God showed her that this is more than fun, it’s her calling!  Later that year, she got a job in the Jacksonville area doing mid-days and shortly after moving up to do mornings.

In 1999, Tyler started working in the Orlando market. Name the station and she probably worked there (K92FM, Star 94.5, 96.5-WHTQ, etc.).  At one time, she worked at four different stations. God has allowed Tyler to gain a tremendous amount of experience in television, radio, and traffic reporting throughout Central Florida. The really cool thing is although she has worked at so many stations in Orlando, Tyler has been a Z88.3 listener since day 1!  With 2 major passions in her life (1. Jesus Christ and 2. Radio)  it looks like God guided her to the right place! (He rocks!)

Tyler married Thomas on Memorial weekend of 2006 (see photos in the gallery), and on their three-month wedding anniversary they found out they were pregnant with Sweet Emma Grace. Emma Grace was born on May 7th 2007 and has brought so much joy to their lives. The family welcomed Ella Jay on Sept. 29th 2009 and she has been an amazing blessing to the family.

“I’m blown away that God chose me to be the mommy to these two angels. I feel like I was born to be their mom!” -Tyler

Tyler’s mission statement is To BRIGHTEN the Lives of Others with Godly Love and Encouragement. She has had the chance to do that on the Z88.3 morning show since Sept. of 2005. Tyler is thrilled to be a part of Z88.3 and looks forward to the amazing things God has planned!

A Personal note from Tyler:  It would be an honor to hear how God is moving in your life. Please contact me with your story, questions, prayer requests, or even mommy advice! God Bless you! 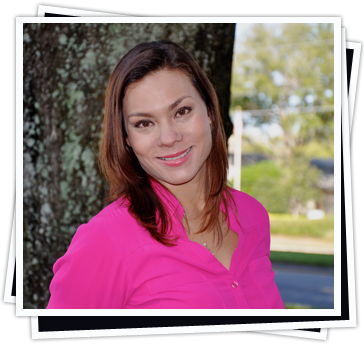